The Unfairness and Inequality caused by Mass Immigration 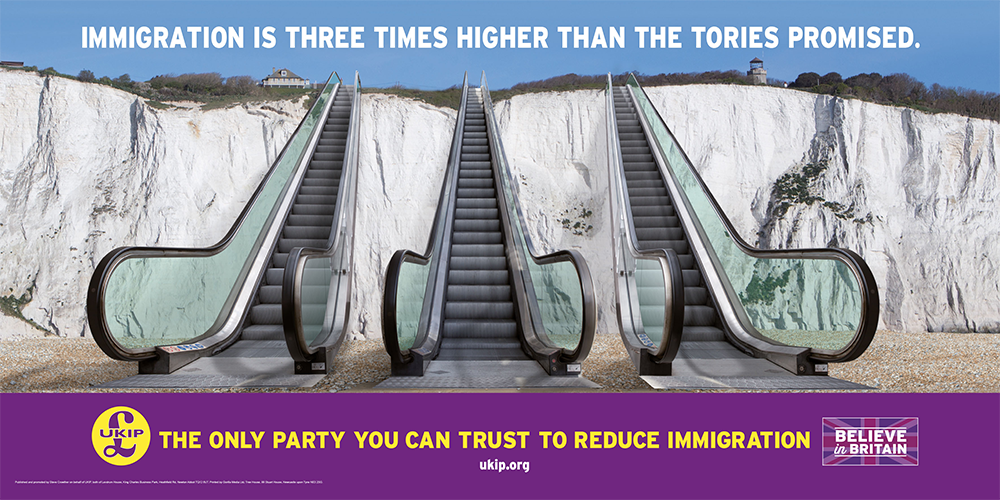 In the third of a series of blogs on immigration, our branch member Ian Cooper muses about the unfairness and inequality imposed on the indigenous UK population caused by mass immigration. The views of the author are his and not necessarily representative of the branch.

Back in the early 70s when I was a student in Edinburgh, I worked one summer on a building site - students did that then, good money. There was a lot of site banter but once a couple of Geordies came up and asked me about immigration, dead seriously. I used my college status to put them right – ‘it’s fine’, I was a liberal then – and they replied, ‘it’s not right, it’s not right.’

Since then I’ve become ashamed of what I said. Why? Because immigrants are generally poor, it meant the white working class bore the brunt of the impact of immigration. It was their jobs, housing, schools and communities that were most affected. Not those of the people who were insisting on it, the middle and upper classes, who lived at the smarter addresses and in the lusher suburbs and whose high-skilled or knowledge-intensive jobs were not threatened by low-skilled newcomers. Was that fair?

So why did immigration happen and how? It is well-known trope that after the war the UK needed a large influx of immigrant labour in order rebuild the economy and the country. Immigration initially come from Europe – for instance 130,000 Poles arrived during the first few years after the war. But the British Nationality Act of 1948 gave all Commonwealth citizens free entry into Britain and in the 1950s and 1960s we had large numbers of workers and their families from outside Europe arriving - mainly from the Caribbean and from India and Pakistan. In 1972, we accepted 27,000 Asians who were expelled by Idi Amin from Uganda.

By the 1980s, stricter measures on immigration control were introduced by the Thatcher government but the Blair administration from 1997 undid all that. Britain’s economic immigration policy went from a highly restrictive approach to one of the most expansive in Europe via a number of ‘reforms’. The biggest impact of these ‘reforms’ was the 2004 decision to allow citizens of eight countries that were about to join the EU the immediate right to work in Britain. This decision alone resulted in one of the largest migration flows in Britain’s peacetime history.

With 2.5m foreign-born workers added to the population since 1997 and net migration averaging 200,000 per year between 1997 and 2010 – five times higher than under the previous administration government of 1990-1996 – immigration under Labour quite literally changed the face of Britain. Under the Cameron, May and Johnson administrations uncontrolled immigration has continued. The latest astounding figures in May 2020 by the ONS show that an estimated 270,000 more people moved to the UK with an intention to stay for 12 months or more than left the UK (net migration).

This has all suited the elites. Immigration gave the cultural Left the warm glow of feeling progressive and internationalist, while the economic Right delighted in the cheap labour and weakened bargaining power of the working class. It also saved on investing in apprenticeships and excellent technical and business education. But any gains were very short term. The polytechnics disappeared, industrial regeneration was neglected and the long-term unemployed rotted in ever more depressing neighbourhoods. In 2017 Mrs May’s Race Disparity Audit found white working-class boys at the bottom of educational attainment.

The big point in all this is. What if the enormous energy, time, effort and vast expense spent on absorbing the ethnic minorities, instead had been spent on the white working class? We’d have provided good schools, attractive neighbourhoods and real jobs, in a context of a British society where people really did feel they were all in it together. We would be in a much better place today. But I doubt if we would still have Disraeli’s ‘two nations’ – the ‘haves’ and the ‘have-nots’.

The most extraordinary observation in all this has been the Labour Party climbing into bed with Big Business. Both are thrilled by it – but for different reasons. This goes back to my earlier comments on the liberal elites who run our country. This betrayal of the white working class on immigration must be capitalised on by UKIP. Our natural enemy is no longer just the Left, it’s Big Business too.