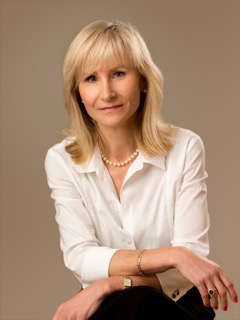 
Well, what an election that proved to be! I think it’s fair to say no one predicted the outcome, an extraordinary set of results for the Conservatives, Labour, Lib-Dems and the SNP and with UKIP emerging as the third largest party in the UK.

The ‘SNP squeeze’ saw the Conservatives’ “The Scottish are coming!” strategy transform the election in the last 48 hours - who would ever have thought Sturgeon would have proved to be such an ally of the Conservatives!

This election has proven beyond doubt that our current ‘first past the post’ system is no longer appropriate. With almost 4 million votes, UKIP has only 1 MP; compare that to the SNP’s 1.5million votes and 56 seats! Under proportional representation, UKIP would have had 83 seats, the Lib Dems 53 instead of 8 and the SNP 37 instead of 56. The present system is seriously flawed - is it any wonder there are some who see no point in voting because they believe their vote makes no difference? I am pleased that many seem to want to introduce electoral reform and specifically proportional representation and there are plenty of campaigns and petitions in circulation currently. If you wish to see change, then sign up! Chances are Cameron will ignore what the people want, but it has to be worth a try!

At the count, Huw Jones (Labour) asked me what my target was. I have to confess I didn’t really have a set target in mind, other than to do rather better for UKIP than in 2010, so I responded that I wanted to achieve double figures. I’m delighted to say we achieved it, with an increase of 7.4% to 11.1% of the vote. This, despite the ‘Stand up to UKIP activity’ and bias of the national media. It is certainly a solid foundation on which to build for the future.

At the count I had a Tory activist, complete with rosette, approach me and wish me luck. He also told me he hoped Nigel would win his seat. Interesting – I wonder if he’s joined us yet! Amusing too, that the Tory candidate got lost and had to call a colleague for directions to the count venue – indicative perhaps, of the extent to which she had got to know the constituency and the people within it.

There are so many people to whom I need to say ‘thank you’ for helping with my campaign. So, a massive and very genuine thank you to each and every one of you who gave your time so selflessly. Many of us were new to campaigning for a general election so we were learning along the way, but I think as a team we did pretty well!

I would also like to thank everyone who stood for UKIP in the local elections. By standing for UKIP, for what we believe in, we gave people a real choice and we should be proud of that alone. Hopefully next time we will have even more candidates standing, so everyone will have the opportunity to vote UKIP in the local, as well as parliamentary, elections.

I am also grateful, of course, to everyone who contacted me during the campaign and who voted UKIP at the elections, thank you! I have already been contacted, post election, by many constituents expressing continued support for UKIP, which is very encouraging. UKIP is certainly here to stay and we have much work to do! The pro-EU campaigning has already begun and we need to ensure that the case for Brexit is also communicated so that people can make an informed decision if we do ever have a referendum, though I very much doubt it will be free and fair.

Finally, whilst the national media did often appear biased against UKIP, I do want to thank the local media for their objective and fair reporting. Local papers in particular, serve a valuable role and if we fail to support them, we risk losing them!

I know people often have a particular view of UKIP, which is largely based on what they see and read in the national media and I am delighted to have challenged that view, repeatedly! As I have always said, judge me and judge UKIP for yourselves and the best way to do that is to engage with us!