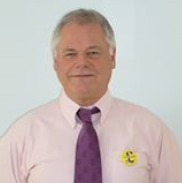 My name is Martin Hale and I'm standing for election within the Bar Hill Division as the UKIP county candidate. I'm very aware that after so many dedicated years of public service, Mr. John Reynolds will be a difficult Councillor to follow by either myself or any other candidate.

I live in Willingham and have resided within the local area since 1985. Aged 63 I've personal experience in many facets which I believe are pertinent to this election i.e. Ex Chair of a Parish Council, ex Special Constable having served with both Essex Police and Cambridgeshire Constabulary, conservation, much experience of NHS services, immigration visa procedures, advocate at planning hearings, planning applications and property development. I'm also the Chair for the local UKIP Cambridge & South East Cambs branch. I do what I say and dislike injustice against the silent majority.

I have owned both trading and manufacturing companies; I currently trade with Japan and represent the UK interests of a large Indian steel producer and two independent UK suppliers. I understand commerce, financing, budgeting, civil litigation and most importantly comprehend people and their varied needs. As I'm self-employed, my flexible work pattern enables me to take on this earnest commitment if successfully elected.

You'll find me approachable and not one to tread on 'egg shells' when your voice needs to be heard. From personal experience I know Parish Councils views are often totally overlooked and would much prefer to see local people engaged and making local decisions on what affects them.

During the last Cambridgeshire County Elections UKIP candidates were elected into twelve seats; these candidates have continually voted 100% against tax increases which would have affected the Council Tax which you pay.

We originally had the Northstowe development forced upon us, now the HCA is taking over the project, a project that will eventually affect many residing within the Bar Hill/Girton area. As a UKIP candidate I have no 'party line' to follow - 'independent of Europe and independent of a party whip' - therefore best placed to represent our local interests regarding the infrastructure and development of this project.

We are now seeing an increase of speculative planning applications within the South Cambs area, developers seizing the opportunity to capitalise on the situation of the area not having a confirmed 'local plan'. Once again a voice independent of the traditional parties with no local political bias needs to be heard!

We live in a pleasant area and we need to keep it that way. I'm totally against wind turbines taking up good arable land, endangering wildlife, casting intermittent shadows on the landscape - a privilege we all pay for by more 'green' stealth taxes. We have recently witnessed street lighting changed to low energy lighting, however if the decision to change had just waited, then we could have enjoyed a far more brighter and efficient LED lighting.

We have also seen the fiasco of parking charges for your vehicle when you wish to use Park & Ride facilities to enter Cambridge by bus, interestingly not one single UKIP Councillor voted for this parking charge - again common sense thinking from the common sense party. Perhaps this is why 'The Times' has frequently published that UKIP Councillors hold the best attendance record for County Council meetings.

If successful I would be accessible to you and in dialogue with your relevant Parish Councils to ensure that their voice is heard with regard to County matters. Unfortunately we are unable to turn back the clock regarding the guided bus and the vast expenditure it has and will continue to cost, a project built with your money to massage the egos of the few and a great shame that UKIP councillors were not elected at the time this project was initially discussed.

Your vote for UKIP will not let labour or LibDem win in this electoral division!