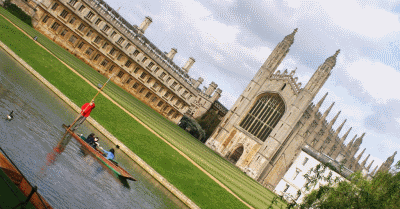 The opinion polls are changing fast, with UKIP recording some of its highest ever ratings over recent days.

One polling company, ComRes, scored us at 24% over the weekend - just a few points behind the Tories and Labour who both hover around the 30% mark.

But don't let our own soar away success blind you to another significant factor which pollsters are starting to pick up - a steady rise in the Green Party vote share, to the point where it is now overtaking that of the Lib Dems.

In the battle for Cambridge, this is hugely significant because the Greens are almost certainly eating into the vote of the Lib Dem incumbent even as I write this. They may, just as we certainly are, also be winning defectors off Labour.

This means that by the time the general election kicks off, Cambridge could well have become a fully-fledged five party fight.

And because of that, it is highly likely that the winning party in Cambridge will poll a vote share of well under 30% and possibly as low as 25%. These are vote shares that both I and my Green Party opponent Rupert Read can realistically aspire to.

A rise in the Green share in Cambridge brings the winning post nearer for UKIP as it can be expected to dent the showing of both the Lib Dems and Labour, while most observers of the political scene in the city already seem to believe the Tory vote is soft and is likely to get squeezed.

So I think the assumption that the battle for Cambridge will be confined to Lib Dem v Labour is already old hat. This has become a five-party race and is all the more exciting for that.

Let me make it clear that I disagree with Rupert Read about most issues, but there is no getting away from the fact that he is a heavyweight candidate for the Greens and that some left-of-centre student voters in particular may find his message attractive.

The British people, I am convinced, are in the mood for radical change. And no part of the LibLabCon will be representing radical change in the general election.

Cambridge has long been seen as a centre of innovation, so let this contest bring a political innovation - welcome to Britain's first five-party marginal!