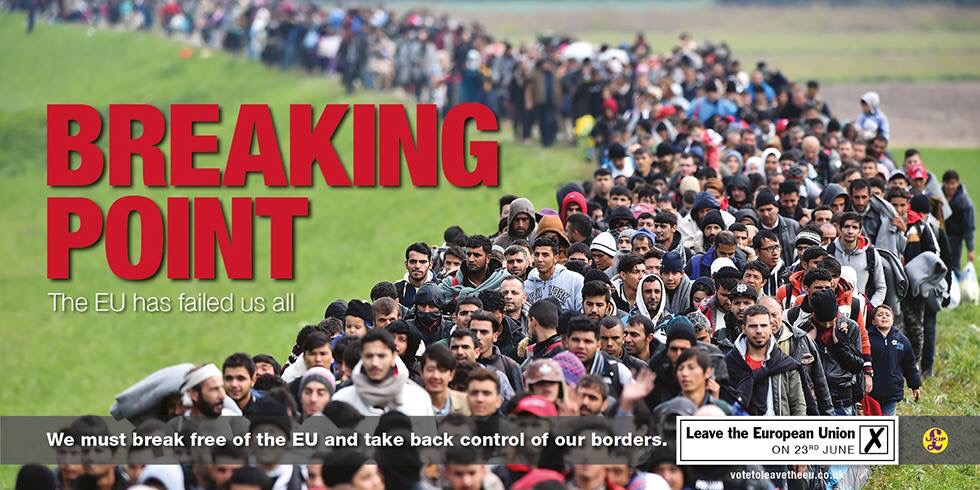 (24/10/20)
In the ninth and final of a series of short posts on immigration, our branch member Ian Cooper concludes his blog series by asking 'what can we do?', and points to Denmark as a possible example. The views of the author are his and not necessarily representative of the branch.

The last eight posts have exposed the reality of the costs of poorly-controlled immigration. We are a more divided and unequal society than we used to be, while multiculturalism just alienates us even more. The lack of democratic backing for immigration and its whole future demographic impact has simply not been admitted. It’s also suggested that the concerns and anxieties of the indigenous majority haven’t been recognised by a liberal elite, who are biased against them.

So, what is to be done? (to quote Lenin!). It does seem that we need to take the concerns of a large section of the indigenous community seriously. And we should remember that the Britain of the past had a coherence and solidarity which was hugely helped, whether we like it or not, by its ethnic homogeneity. To retain this cohesion, we need to be very intentional and pro-active about radically reducing immigration and requiring real integration from the ethnic minorities.

As a model for this we could learn a great deal from Denmark. It is a small progressive country but is very clear about remaining Danish and getting its new minorities to fit in. Amazingly its main party of the Left, the Social Democrats, lead the way on this. Their leader Mette Frederiksen at the 2019 election said, “to me it has become increasingly clear that the price of unregulated globalisation, mass immigration and the free movement of labour is paid for by the lower classes.” And in 2016 Queen Margrethe in an interview in a book, ‘Deepest Roots,’ supported restrictions on immigration and the preservation of national identity. Refreshingly, the elites in Denmark are on the side of ordinary people.

Danish practical outcomes involve, for example: real caps on immigration, making it difficult to come as refugees, required language classes, tests as the price of benefits, and pre-schoolers to have 25 hours a week in kindergartens where immigrants can’t be more than 30% in order to inculcate Danish values. Another measure, for a while, was to discourage immigration through arranged marriages for young foreign girls by raising the age to 24. Another ongoing measure, to prevent parallel immigrant communities, is to label an area a ghetto if the crime, jobless and educational failure rate gets too high and then insist on forcible relocation to prevent concentrations of trouble. Not all these methods may be appropriate here but clearly the will is there and in 2019 more immigrants with a refugee background left Denmark than came.

The point of these posts is to justify UKIP’s policy of real restriction on immigration. Apart from rationally pointing out the problems of immigration, the toxic woke culture, which is guilty of a reverse racism against the white British, needs to be exposed for the neurotic and toxic nonsense it is. And we need to consider our own practical measures like the Danes. Making a much greater distinction between being a resident and a citizen, seems relevant. Being here for just 6 years before citizenship is much too little.

I will end these Reflections with describing my encounter with much the most impressive West Indian that I’ve met. A woman, she had a PhD in engineering and was visiting Cambridge on business. She’d had a successful career in the USA, where she’d married a black academic from an Ivy League college and she told me, with enthusiasm, she had returned to the West Indies to make a real success of things there. Isn’t that a real vision?
share this page via