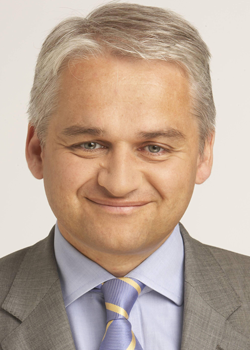 The Tories have given up on Cambridge - what a boost for UKIP!

What an interesting leaked list it was that Cambridge-based journalist and blogger Richard Taylor got hold of from Conservative Campaign HQ this week.

It showed that for the Tories, Cambridge is not considered a target seat - even though they came second to the Lib Dems here back in 2010.

To be honest, this just chimes with what I have heard on the doorsteps during UKIP's Cambridge action days - the Tories are fast vanishing from the Cambridge political scene and many of their erstwhile supporters are disillusioned and looking for something new.

This gives us in UKIP a great opportunity. While the Tories have installed a former Lib Dem as their candidate and seem just as obsessed with trendy left-wing notions as are Labour, the Lib Dems and the Greens, it is UKIP that stands up for good, old-fashioned common sense.

Many once dyed-in-the-wool Tories agree with us on getting out of the EU, cutting foreign aid, taking back control of immigration and escaping from the European human rights regime (aka the criminals' charter). They also back us spending extra on the NHS, funded by spending less on aid and cutting out our EU contributions altogether.

And most especially they seem to appreciate UKIP's policy of scrapping inheritance tax, which is currently levied by David Cameron and George Osborne on estates above £325,000 - a sum that would barely get you a terrace house in Cambridge.

The Conservatives in Cambridge seem to have dumped many of the values and causes their party once stood up for and to have gone off on a wild goose chase for left-wing votes.

So I appeal today (and will be appealing on the doorsteps) for the disenchanted Tory tribe in Cambridge to continue to swing behind UKIP. We are a growing force in Cambridge politics, not a fading one. And we have the courage of our convictions. We are not ashamed to declare that we believe in Britain.

Best of luck to Martin Hale in Bar Hill today - he will make an excellent county Councillor if elected.